The Park is home to almost 120 animal species from the five continents that live in semi-freedom, distributed in large-area enclosures where one or more species coexist. You can buy park tickets at our campsite at a cheaper price. 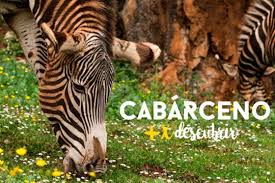 The paintings and engravings of the caves of the Cantabrian Region are the most direct example of the thought of those ancient settlers of the Middle-Upper Paleolithic (65,000-9,000 BC) and constitute the most outstanding aspect of the prehistoric past. The art displayed in the region combines some specific features that show its link with that of other European geographical areas. Book your tickets to the Prehistoric Caves in PURCHASE CAVE TICKETS

It is a beautiful cavity, formerly a mine, which offers two types of visits, the traditional and the adventure. In the classic visit we access a place perfectly equipped for children and totally accessible. In the adventure visit we will access the deepest cave, without defined paths, where we can observe the cave in all its nature. Of course, in case of abundant rain, on this visit we must take special care since the cavities can have water and become somewhat slippery. Always go with the tickets purchased at www.elsoplao.es or at 902.820282 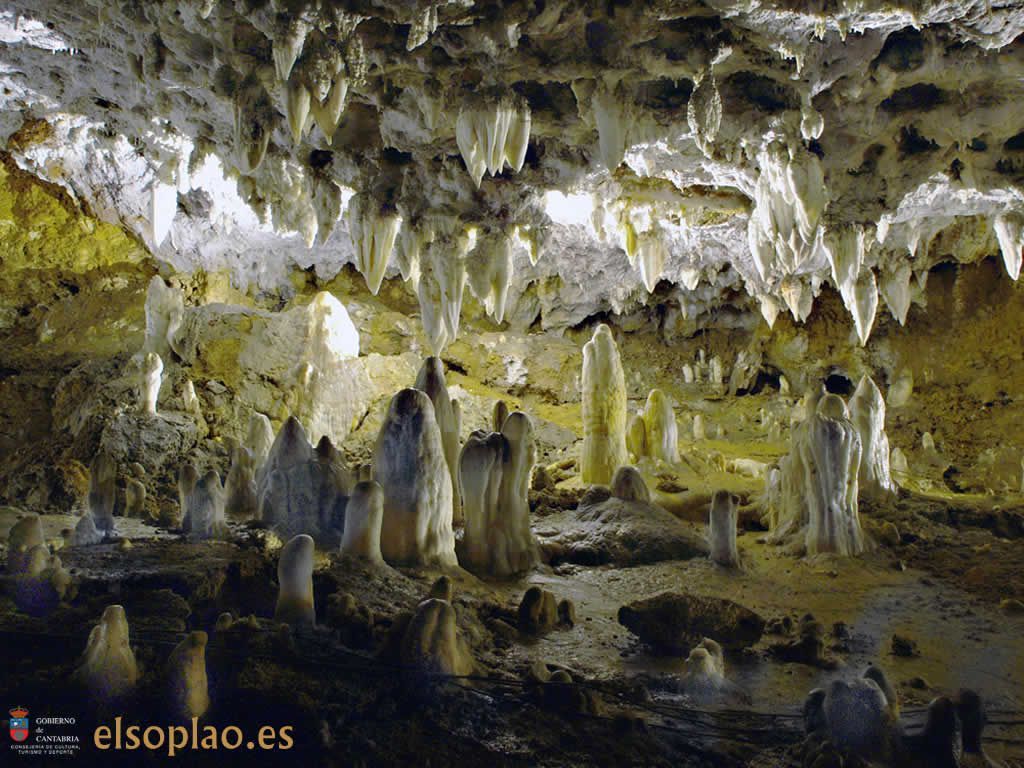 The 6 Natural Parks to enjoy

Cantabria is a small region full of contrasts and variety, but if there is something that identifies us and what we have in abundance, it is nature. Our green, which crosses borders, is, in addition to one of our hallmarks, one of our most precious and most abundant assets.

Picos de Europa National Park: One of the most beautiful places in the region, the immensity of its mountains, its landscape and its fauna, make this space the perfect place to visit at any time of the year. The Fuente Dé cable car brings us closer to more than 1800 meters high in the middle of the national park in four minutes.

Liencres Dunes Natural Park: Its coves and its two beaches of great beauty, Valdearenas and Canallave, surrounded by the most important dune system in northern Spain, make this park the place dreamed of by nature and coast lovers. If you want to enjoy the perfect view of the park in all its splendor, you should climb La Picota, a mountain located at the top of Abra de Pas with a viewpoint where we are sure you will not stop photographing. It is also a perfect place to enjoy the sunsets on clear summer days.

Its huge beaches, from Oyambre to Merón, surrounded by forest have a wild and different aspect that attracts the visitor.

Our Natural Park of the Marismas de Santoña, Victoria and Joyel: This protected natural space located on the eastern coast of Cantabria runs through eleven municipalities as it passes. Formed by the estuary of the Asón River and the Victoria and Joyel marshes, in this park you can carry out activities, workshops and routes linked to the dissemination of nature.

In addition, if the world of birds attracts you, this is your place since this set of wetlands is the most important, in terms of water birds, in the north of Spain, reaching a reference to up to 130 different species , which makes it the perfect place for bird watching.

Collados del Asón Natural Park: This natural park located in Soba is one of the most spectacular landscapes that you can enjoy in Cantabria. The ecosystems it houses, the diversity of associated fauna and flora, the tranquility and authenticity of the landscapes, contribute to recommending your visit.

The park has an interpretation center from which different routes depart to discover this spectacular natural environment.

Saja Besaya Natural Park: This natural park is the perfect place to get to know some of the best forests in Cantabria. This huge park of 245 square kilometers is a refuge for a valuable native fauna, among which the grouse stands out.

It is the perfect place to do mountain routes, of which you will be informed at the interpretation center. But to observe this park in all its splendor you must go up to the “La Cardosa” viewpoint. From this balcony, with the monument of the roe deer as an escort, the views of the Natural Park are impressive.

From Farm to Farm

See the Map of Wineries and Farms to visit

It offers the possibility of visiting, tasting and buying first-hand farmers, wineries, farms, … all their products in Cantabria. A process oriented to quality and the reality of agricultural products and services, with the desire to communicate and transmit a sustainable conception of agriculture to visitors from outside the rural world, which favors the creation of short marketing channels and that allow through visits and tastings to show total transparency from the farm to the visitor. It has updated information on its website. 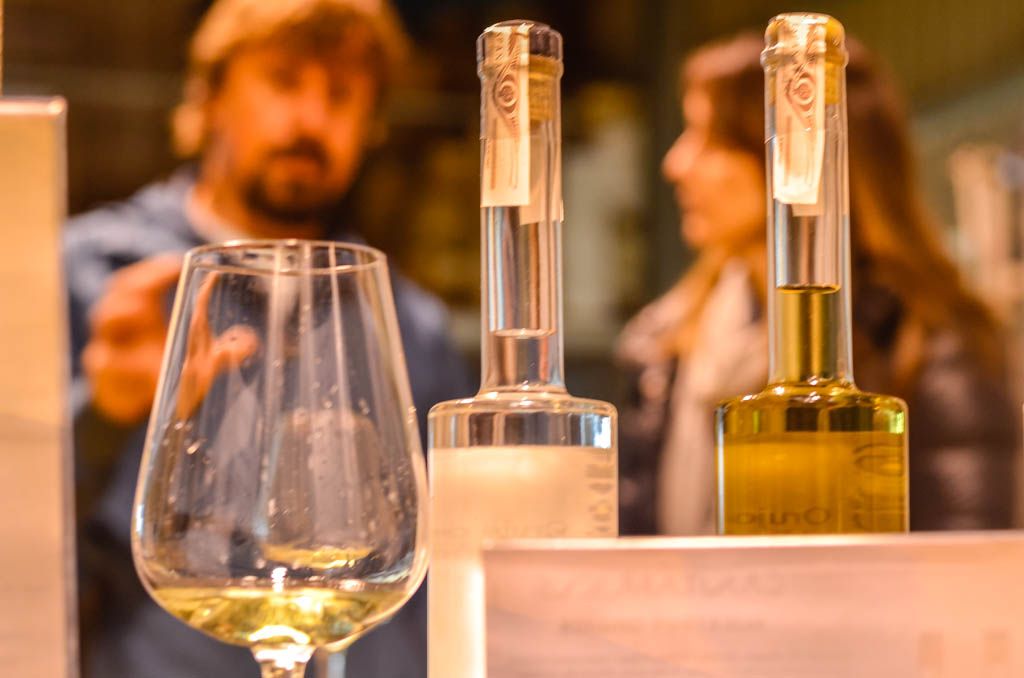 In Spain, there are more than 3,100 kilometers of disused railway infrastructures that have been converted into cycling and walking routes within the framework of the Greenways Program. In Cantabria we have five itineraries considered Greenway. These are: Vía verde del Pas, Vía verde del Besaya, Vía verde Castro – Traslaviña, Vía verde del Piquillo and Vía verde de Dícido. In total more than 50 kilometers to enjoy either by bike or on foot.

Pas Greenway: It is the longest road, with 34 kilometers, the best known and most traveled and hence it is the first in our post. Travel through the Valleys Pasiegos from Obregón to Puente Viesgo.

The route is very complete, it follows the course of the River Pas, crosses the Iron Bridge, surrounds the Santiurde aqueduct, the Monastery of Nuestra Señora Del Soto (Old Franciscan convent, XIII century), the wooden bridge of Corrobarceno or the surroundings of Puente Viesgo. Precisely, in Puente Viesgo, is the old railway station, restored and converted into a museum of the same. You can also see one of the old steam locomotives that made the route that today has become the Greenway.

Besaya Greenway: This greenway runs through part of the old mining train track that transported the mineral from the Reocín mine to the San Martín de Hinojedo loading bay, which makes it a magnificent walk from the sea to the mountains, from Suances to Los Corrales de Buelna. Here you can travel up to 20 kilometers of which eight are on a greenway and the remaining 12 are a pedestrian bike lane. This itinerary links the coast, urban and forest parks, meadows and mid-mountain landscapes, always following the riverside forest that borders the banks of the Besaya and Saja rivers and the San Martín de la Arena estuary. The route includes the Ribera Park and the Riberuca beach, the estuary and wetlands of the San Martín de la Arena estuary, the Futura Cantabria and La Viesca parks, the mining landscape of Reocín and the Buelna Valley. An idyllic and easy environment perfect to enjoy with the family.

Castro-Traslaviña Greenway: This greenway goes on the track of an old mining train that from the high Cantabrian mountains descended between meadows and forests to the coastal loading docks. The Castro Urdiales railway line. a Traslaviña was a fork of the Santander-Bilbao railway, which began in Traslaviña, and ended after 22 kilometers in Castro Urdiales. The Cantabrian section is 5 and a half kilometers that go from the hamlet of Santullán to the place of Herreros. And it is that in the surroundings of Castro Urdiales there are many mining remains. Not surprisingly, along this Greenway are the Otañes station, the foreman’s house and the Los Corrales halt, the La Carmelita deposits, the Vados viaduct and the remains of the mining town of Herreros.

Piquillo Greenway: This greenway runs the same route as the mining railway that transported the mineral from the Hoyo-Covarón Mines, in Vizcaya, to the Piquillo, where the mineral loading dock was located, for later shipment. This greenway runs along cliffs. A unique landscape on the edge of the border between Cantabria and the Basque Country. In fact, it begins in Ontón and ends in the neighboring territory. Less than two kilometers from a continuous platform with viewpoints to the sea, which will delight all who enjoy it.

Dícido Greenway: Walk along the steep coast between mining archeology remains, from the beach to the impressive Dícido cantilever-type loading dock. This greenway, perfectly equipped in Mioño, is crossed by three tunnels and a loading bay. A perfect walk to do walking with the whole family and enjoy the Cantabrian coast in all its splendor.

Cabuerniaventura: The Park is a complex specialized in adventure activities, Barrio Lamiña, 34, 39513 Ruente
Medieval wall and bomb shelter: In La Porticada and in Plaza del Príncipe. You have to call 942.203000 or 942.203001 to try to reserve.
La Magdalena Palace: 942.203084, June 13-September 27 (Only weekends), Mornings: 10:00 / 11:00 / 12:00 (sharp hours) Up to 50 people in strict order of arrival / Up to 50 people in order of arrival. The visit lasts 45 minutes. Guided tour only in Spanish.
Walk through the Bay: Somo or Pedreña on the Los Reginas boat. Just to go, for the trip, to see the Bay.
Natural Monument of the Sequoias of Monte Cabezón: Discover that it is not necessary to go to California to walk through a forest of giant sequoias, but that all you have to do is travel to the surroundings of Cabezón de la Sal and go for a walk in the vicinity of Mount Corona.